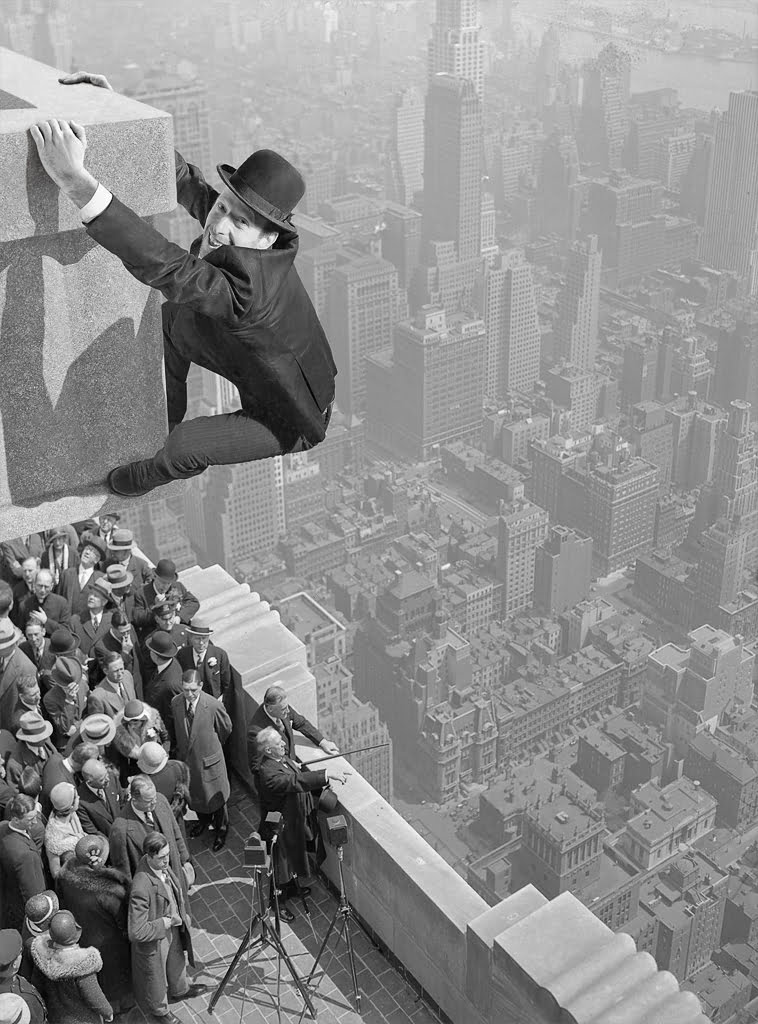 01 May 1931 — Original caption: Ex-Governor Alfred E. Smith, Governor Franklin D. Roosevelt, and others at the top of the Empire State Building, tallest in the world, gazing out over the New York panorama. This scene took place immediately after the official opening of the structure this morning, which was completed when President Herbert Hoover pressed a telegraph key back in Washington, DC, which turned on all of the building’s lights. Mr. Smith is the president of the company that built the building. — Image by © Bettmann/CORBIS

Contact Us You can send us an email and we'll get back to you, asap.